On the Footsteps of Diana & Matthew – Part 3: Blackwell’s and the Covered Market

We continue our journey in Oxford with two shopping-related locations at a stone throw from the Bodleian Library: Blackwell’s, one of the largest bookstores in the UK, and the colorful Covered Market. Both are featured in the early chapters of A Discovery of Witches, and both are significant locations for very different reasons.

A colorful maze of shops, complete with fruit stands, bakeries, butchers, cafés, gift shops, and a lot more, the Covered Market is a feast for all the senses. Sandwiched between Market Street and High Street, the market is featured in two separate chapters of A Discovery of Witches. The café where Matthew invites Diana for breakfast (Chapter 7) is inspired by Brown Café inside the Covered Market (confirmed by Deborah Harkness). And in chapter 12, Diana leaves her apartment at New College, passing by the dome of the Radcliffe Camera, where the undergraduates read the assigned books, and the medieval walls of Jesus College, I went shopping along the aisles of Oxford’s Covered Market. Ch. 12, ADOW. 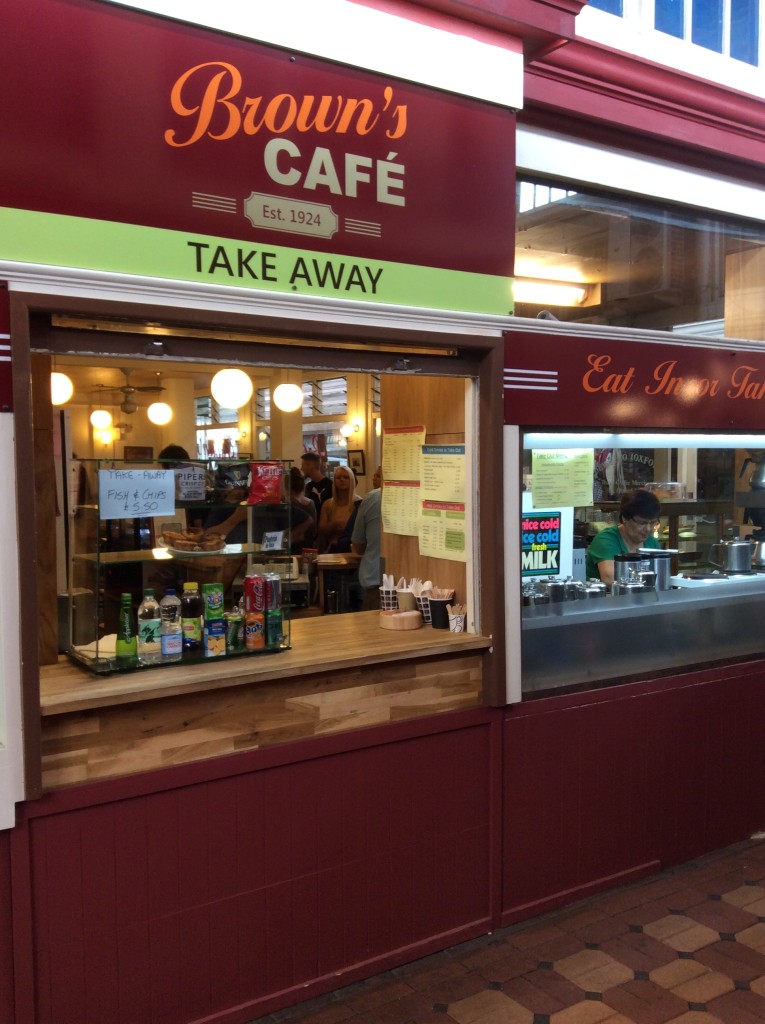 In our exploration, we couldn’t get enough of Brown’s Cafe and the fruit stand (no chestnuts in the summer unfortunately, but their gooseberries were amazing). We highly recommend the Covered Market for a quick bite to eat, and even better for picnic shopping! One time, we were surprised by some sudden rain, so we took advantage of the downpour to take cover at Brown’s Cafe to sample their tea, which indeed is served without bloodshed (Ch. 7, ADOW), and a delicious apple pie. Their portions are very generous, and we highly recommend sharing.

The market is open every day, but it’s a good idea to check market website for specific opening hours. A detailed map of the market is also available.

With the main bookstore location facing the Clarendon Building and the Sheldonian Theatre, both adjacent to the Bodleian Library, Blackwell’s is one of the world’s largest bookstores. Satellites shops can be found throughout Oxford. The Norrington Room in the basement holds stack after stack of books. The second floor is however where Diana runs for tea and lunch. And that’s also where she first meets Agatha Wilson. The air-conditioned café is a wonderful location for a visitor to get a respite from the crowds, a quick meal or a snack. 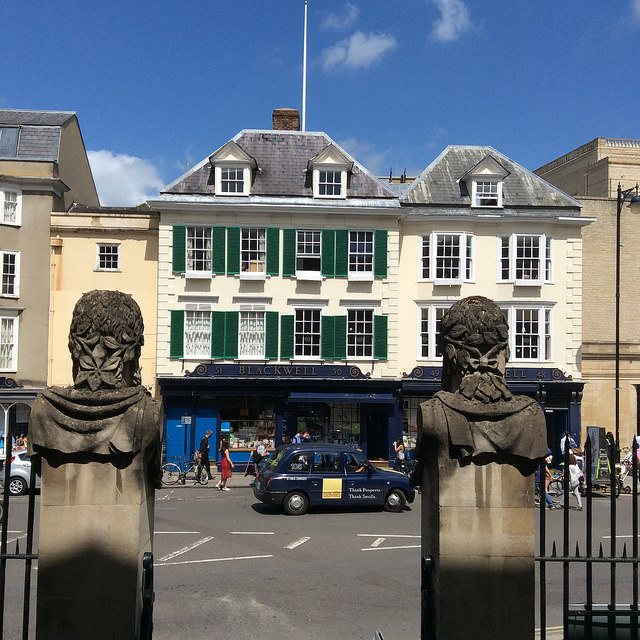 My usual meal consisted of a twenty-minute break in the nearby bookstore’s second-floor café. I smiled at the thought of Miriam occupying herself during that time, trapped in Blackwell’s where the tourists congregated to look at postcards, smack between the Oxford guidebooks and the true-crime section. Ch. 6, ADOW.