We admit it. We’re super fans of the sharp-tongued, Scrabble-loving, perceptive Miriam Sheppard and couldn’t be more excited about a session on genetics with Prof. Shelli Carter at All Souls Con.

We had a chance to chat briefly with Shelli and wanted to share what she told us. It’s not a lengthy conversation—it’s rather an introduction, since we didn’t want to risk big convention spoilers.

P.S. Hoping that Miriam will be featured in Deborah’s upcoming book.

How have you come across the All Souls Trilogy?

I have always been an avid fantasy reader. A Discovery Of Witches popped up as an Amazon recommendation for me one day and I was intrigued by the idea. I read it on my Kindle on an airplane flying to London for the first time. Needless to say I was hooked by the story and pre-ordered the other books so they showed up on my Kindle at midnight on release date. 🙂 I may have sat up most of those nights devouring the text. The Book Of Life was actually published the same year I had my daughter so I connected to the All Souls Trilogy in a totally new way with that text!

In a scale from 1 to 10, how surprised were you to find out that there are vampire geneticists?  🙂

10! The geneticists never get to be that cool in most stories. Or that sexy.

Most readers (including the TTK writers) had to google some of the genetics terms in the books (i.e. chimera, VTS). Were you surprised by the rare genetics concepts included in the trilogy, or any other concept?

What I found most surprising about the genetics concepts in the trilogy was how accurately they were portrayed. Deb didn’t feel the need to ‘dress up’ the science as it was. She used the concepts simply and accurately, and frankly better than a lot of authors with more scientific backgrounds. 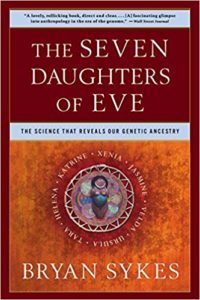 If you could have your pick between visiting for a day a lab, which one would you choose? The one at the Radcliffe or Klein Biology Tower (KBT) at Yale?

Chris’s Klein Biology Tower at Yale. He has much cooler toys than Matthew’s lab in the Radcliffe, mainly because his students had such interesting and diverse backgrounds. Matthew’s lab was very focused on its central quest to understand what was going on with creature genetics. With the mixture of students in Chris’s lab (and simply larger number of lab hands), he had a lot more tools that I would love to play with.

Is there a scene from the trilogy you can’t wait to see in the TV adaptation? Or one that you’d be very disappointed if it’s cut?

Yes! I can’t wait to see the scene where Matthew takes Diana to the lab for the first time. Given that’s when we meet Marcus, I’m fairly confident it won’t be cut. 🙂 I will be very disappointed if they cut out the discussion of Diana as a chimera when her full DNA results are revealed. 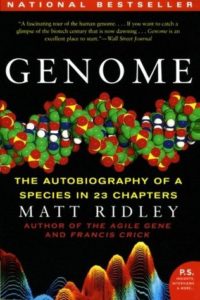 Are any books, articles, and/or videos you would recommend to the All Souls Con attendees to prepare for your session, or just for their own knowledge?

I will be referencing The Seven Daughters of Eve by Bryan Sykes in my talk. This is actually a recommended reading from Deb as well but I first read it years ago. It speaks quite well to how scientists use mitochondrial evidence to track human lineages. I am also a huge fan of Matt Ridley, so if anyone is interested in the human genome, I would recommend his book Genome. I won’t actually speak directly to this but Ridley does a great job relaying human DNA to a non-science audience.